No Wonder These Massey Ferguson Tractors are Classics!

The Farmer approaches one of his old Massey Ferguson tractors with coffee mug in hand. This one is a Massey Ferguson 135. Juggling his mug of coffee, he turns the key. Without hesitation, the chilly mid-November morning's stillness is interrupted by a deep “ruh, ruh, ruh... vroooom!" This roar promptly levels out into a throaty staccato from his faithful old tractor as it rouses and prepares for work. Its old purring engine is music to The Farmer's ears. 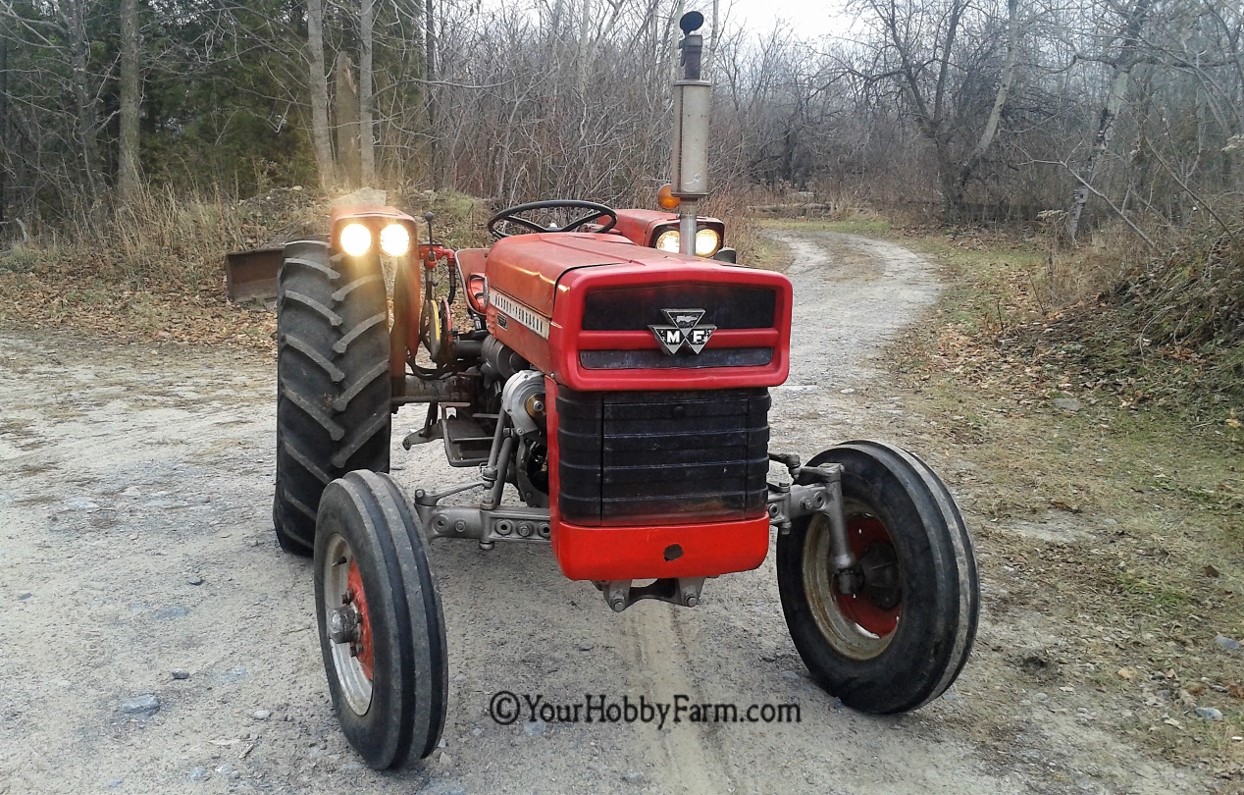 On a chilly November morning in 2013, The Farmer puts this great little Massey Ferguson 135 to use after buying it as a non-running tractor and rebuilding it.

What is so special about these old red tractors?

The Massey Ferguson tractors were designed extremely well. Their construction is actually quite basic and, over the years, they've proven to be incredibly reliable. All they demand is bit of fuel, the necessary maintenance like oil changes, top-ups, and with just enough anti-freeze or water - depending on location, these old workhorses will keep on going, probably for decades to come.

The first tractors built were steel beasts. Compared to these large, original tractors, the Massey Ferguson tractors were designed with everyday farmers in mind. They were, smaller, lighter and less expensive.  They were tops for working in the smaller fields. These Massey Fergusons were likely some of the best tractors ever made.

It didn't take long before the Massey Ferguson tractor company began adding amazing features with the farmers' needs in mind.

Besides these, the 3 point hitch had also been built into all the Massey Ferguson tractors, which was a real boon to the farmers. 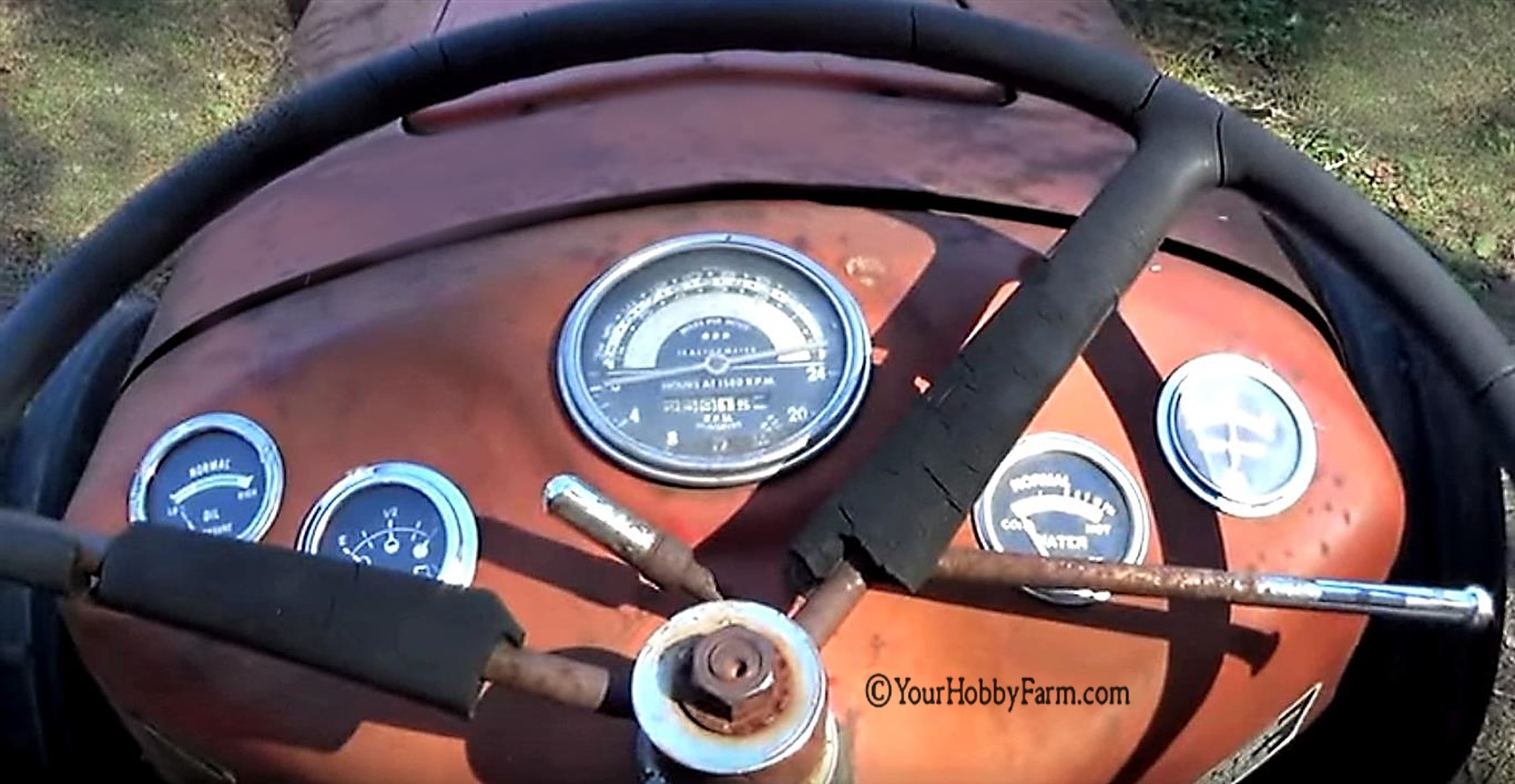 A close-up of the 'instrument panel', 'gauge assembly' or 'dash' of an old Massey Ferguson 35 diesel Deluxe tractor.

Then in the latter half of the 1950s, the deluxe version of the Massey Ferguson 35 began adding even more innovative and helpful features. Soon tractors began to roll off the assembly lines equipped with the dual clutch, tractormeter - or tachometer1, locking differential2, and oil, temp, gas, and amperage gauges.  Some of these were optional, available in both gas and diesel.

Then after a decade or so, power steering was added to the list of options. Pretty soon, instrument panels appeared behind the steering wheel, with the tractors' gauges making it more and more easy for the farmer to operate his tractor.

Also, for many years, the only option for the farmers was a formed metal seat mounted on a springy support. But things were getting better! The old metal tractor seat was being rivaled by an optional new luxurious cushioned seat. What a difference this made for the farmer who spent several hours a day working with his tractor.

A tractor equipped with many of these helpful components became indispensable to a farmer.

Counting the Hours and More

The collection of available gauges on the tractors' instrument panels continued to increase. One of these gauges was a tachometer which included a built-in hourmeter. 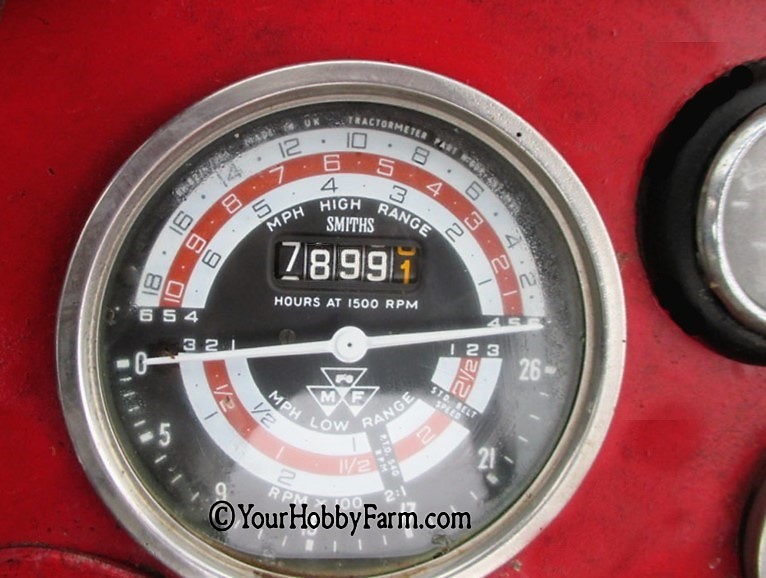 Combined in this gauge are a Tachometer and an Hourmeter. An hourmeter shows how long this Massey Ferguson tractor's engine has been working.

This gauge displays other information as well, such as what RPM the PTO needs to be turning to produce 540 RPMs on the implement. All the implements that require the power through the PTO are geared to function at 540 RPM.

Within this one meter The Farmer can read the tractor's engine speed, or RPM, the PTO rotation speed, belt pulley speed, and engine hours. Sometimes this meter is also called a "proofmeter" because it gives "proof" that the tractor is running at optimum speed for fuel economy and operation of implements. It also gives proof of hours worked, which would be very important to someone who may be wanting to buy the tractor.

The Massey Ferguson is capable of working thousands of hours and still going strong. We've heard of some old Massey Ferguson tractors in the UK that have over 10,000 hours on them. In some cases, they have been kicking around so long that many of the essentials like the fuel and engine temperature gauges have stopped working completely. Massey-Ferguson-Tin-Sign-1

It didn't take long before commercials on television and radio began to feature an upbeat jingle touting the praises of Massey Ferguson Tractors. Old-time farmers might even remember the men's voices singing on the radio the company's popular jingle, "He's a get-up-early, keep-'em-rollin', Massey-Ferguson kind of a man!" 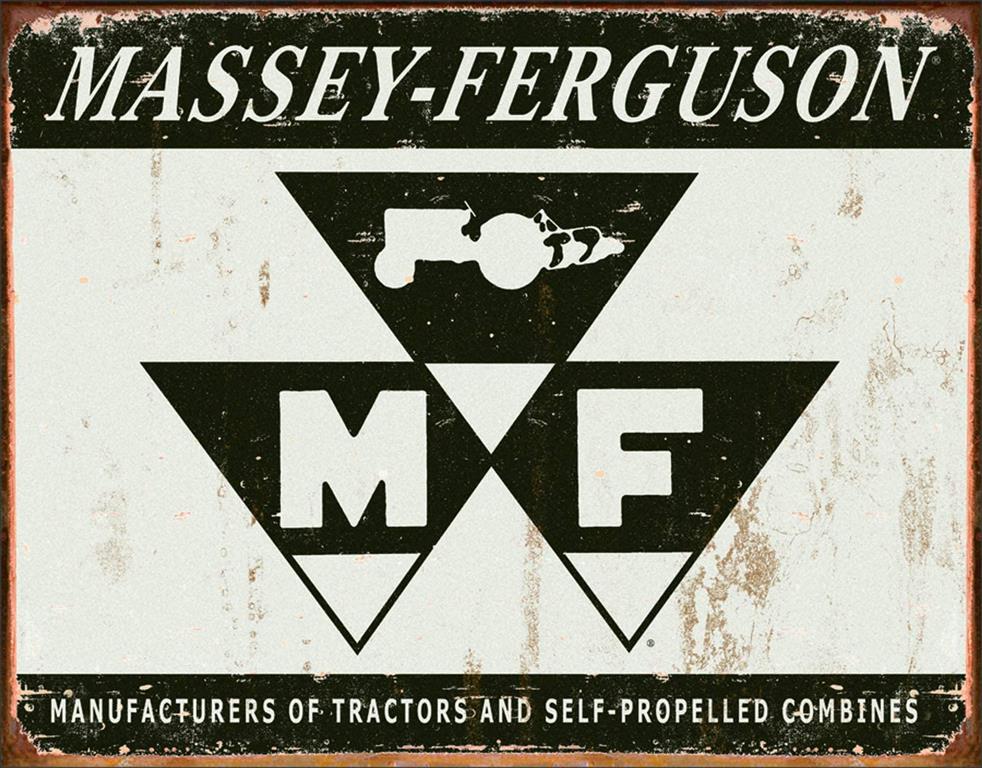 Excellent vintage Massey Ferguson sign with faux rust and all! Click the Pic and BUY YOURS TODAY!

We wish we could find that old song to share with you, but we don't have the jingle available today. But what we do have is a very cool, vintage Massey Ferguson logo sign which has been perfectly aged by faux discoloration and rust. You can get it right here! Why not buy your own Massey Ferguson sign, or give it as a gift to a farmer friend! We can guarantee that they'll appreciate it if they're a Massey Ferguson kind of guy or gal!

Digging into a Bit of History

It seems that this company originated with Daniel Massey in Newcastle, Ontario, in 1847. By the 1930s, the British agricultural machinery company Ferguson-Brown started making tractors. Engineers, David Brown & Harry Ferguson, worked out a merge forming the Ferguson-Brown Company. Together they produced the first Ferguson-Brown Model A tractor in 1936. This was a lighter weight tractor than had been previously made, using many aluminum parts to try to keep the effect of the tractors' weight on the field similar to that of a horse, attempting to avoid soil compaction. 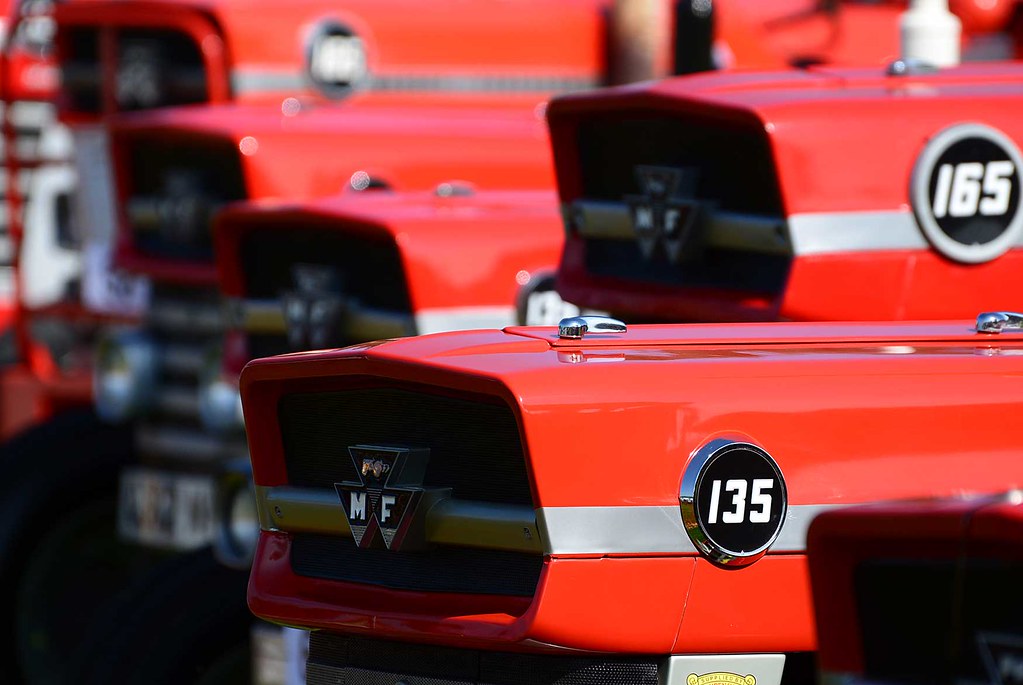 But as the tractors of happy farmers rolled along over hill and dale, the business offices of the Massey Ferguson Company were experiencing ups and downs of their own. A lot of merging and morphing occurred along the way as the company meandered across the globe.

A series of financial difficulties in the 1980s resulted in the company downsizing. In 1995 Massey Ferguson was purchased by AGCO Corporation, which remains its parent company to this day.

Through all the changes in the company over the years, the dependable quality of Massey Ferguson tractors remained strong. That's why the Massey Ferguson name lives on in the hearts of countless farmers.

If you'd enjoy learning more of the details of Massey Ferguson's history, you can read it here.

From father to son, then perhaps to a grandchild who rode on the tractor with Grandpa, these wonderful old tractors are often kept in the family, passed down until they finally conk out. By then, though they're battered and rusty, they almost seem to be part of the family, a sentimental echo of years gone by. 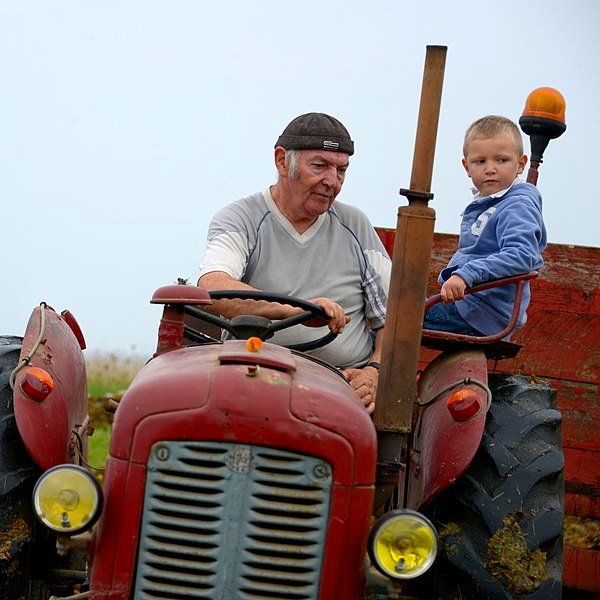 Perhaps those who have inherited this mechanical heirloom now just see it as "Grandpa's tractor", sitting as a landmark of another time. Or perhaps the inheritors are not running the farm any more, or they simply may not be the fix-it type...

But sitting there, sun bleached, rust-speckled, and overgrown in weeds, these old red tractors are often a hidden treasure. Cleaned up and given a bit of tender loving care, these faithful old workhorses can be brought back to life and continue to run for years to come.

The Farmer here has picked up some of these oldies that have died and were left to sit out in a field for a decade or so.  Many times, with a bit of diesel and a tweak or two, they begin to turn over, sputter, cough and chug a bit, then off they go - just like that!

The Farmer really likes his Massey Ferguson Tractors. And he's not the only one! 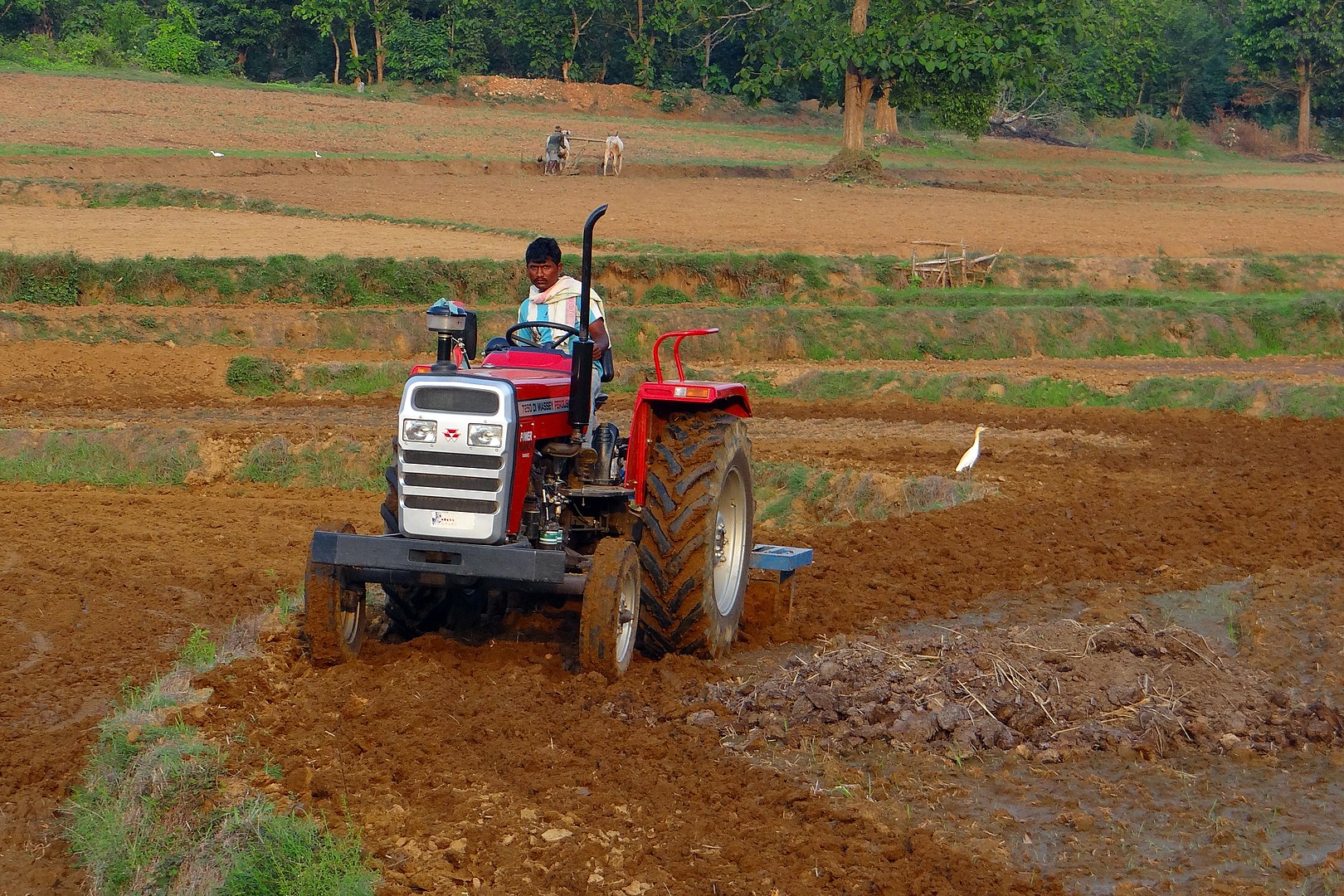 Cultural contrast: A farmer in India plows his field with a tractor even as another in the field behind plows with a pair of oxen. Click to enlarge. Image: Wikipedia, see Footnote 2

While these old workhorses have been out of production for decades, older Massey Ferguson tractors still seem to be an essential and treasured piece of a farmer's equipment in many countries around the world. People still sometimes travel internationally in their quest for Massey Ferguson tractors that they can ship to their homelands where they will make a big difference in the lives of farming communities.

The Tractor Keeps on Going

At the end of the day The Farmer's old Massey Ferguson 135 chugs to a stop. He turns the off the lights, retrieves his mug from the morning, and heads to the house. He knows that, because of proper care, it will start right up again tomorrow morning. 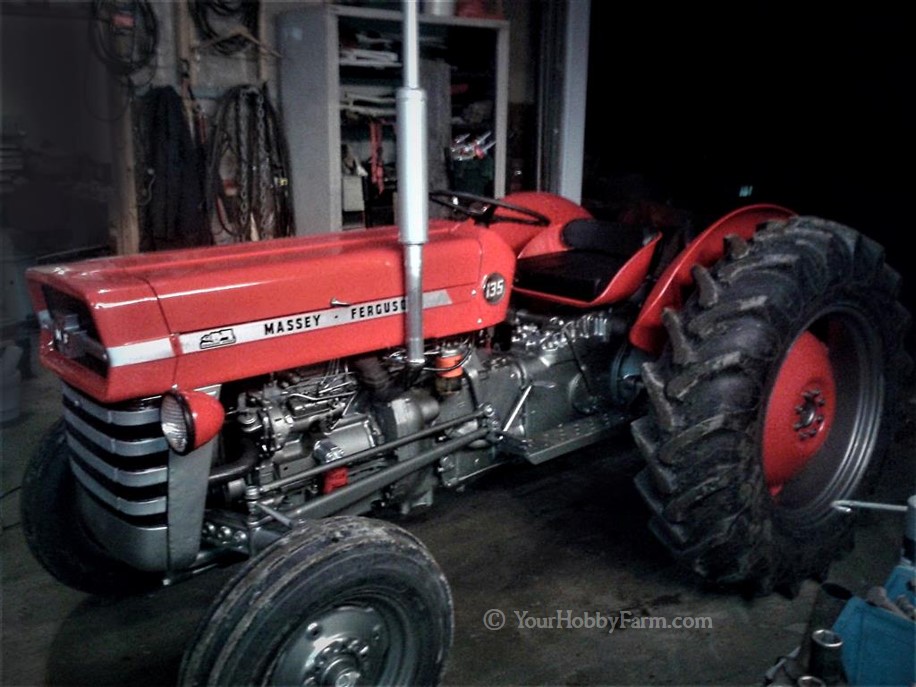 But even though they are practical and durable, sometimes they do break down. It's a good thing that used Massey Ferguson parts as well as new aftermarket parts for the older Massey Ferguson tractors are still fairly plentiful.

Designed with good, strong, basic mechanics and not dependent on electronics as many tractors are nowadays, these old tractors are not complicated to fix.  If your tractor isn't running well and you are unsure what the problem is, you can contact The Farmer here at HobbyFarm Tractors. He knows these tractors inside and out and can provide you with information about your Massey Ferguson tractor or parts, either used or new.

Some have said that the Massey Ferguson tractors, especially the 135, is the best tractor ever made. And while others might disagree, the fact is that these beloved old tractors are a favorite of many and a real classic respected worldwide!


We Would Love to Hear From You!
Share Your Tractor Stories and Photos With Us

YourHobbyFarm.com is a community. This is where you can share your tractor stories, experiences, things you've learned along the way, photos, tips and tricks, or other information that may be helpful to others!

Just click into the title box below and go from there. Be as wordy and descriptive as you want! Don't be shy because we can all learn from one another's knowledge, experience, and helpful tips. There's plenty of room for your story on our website. We want to see your tractors, so don't forget to share photos! Then when published, you can share your story and pictures with your friends through 'your page' here on YourHobbyFarm.com!

1  "A tachometer (revolution-counter, tach, rev-counter, RPM gauge) is an instrument measuring the rotation speed of a shaft or disk, as in a motor or other machine. The device usually displays the revolutions per minute (RPM) on a calibrated analogue dial, but digital displays are increasingly common." Wikipedia

2 "A locking differential is designed to overcome the chief limitation of a standard open differential by essentially 'locking' both wheels on an axle together as if on a common shaft. This forces both wheels to turn in unison, regardless of the traction available to either wheel individually." Source: Wikipedia

3  "A farmer in India plows his field with a tractor even as another in the field behind plows with a pair of oxen." Wikipedia CC BY-SA 2.0 by Phil Bus.

4  Re: Image source for "Older classic Massey Ferguson tractors. Source: Footnote 3"
We have not been able to find the source/photographer of this photo. If can shed light on this, please let us know and we would be glad to give proper attribution. Thank you!

Your HobbyFarmⓒ   may earn an affiliate commission on sales made from links on this page. 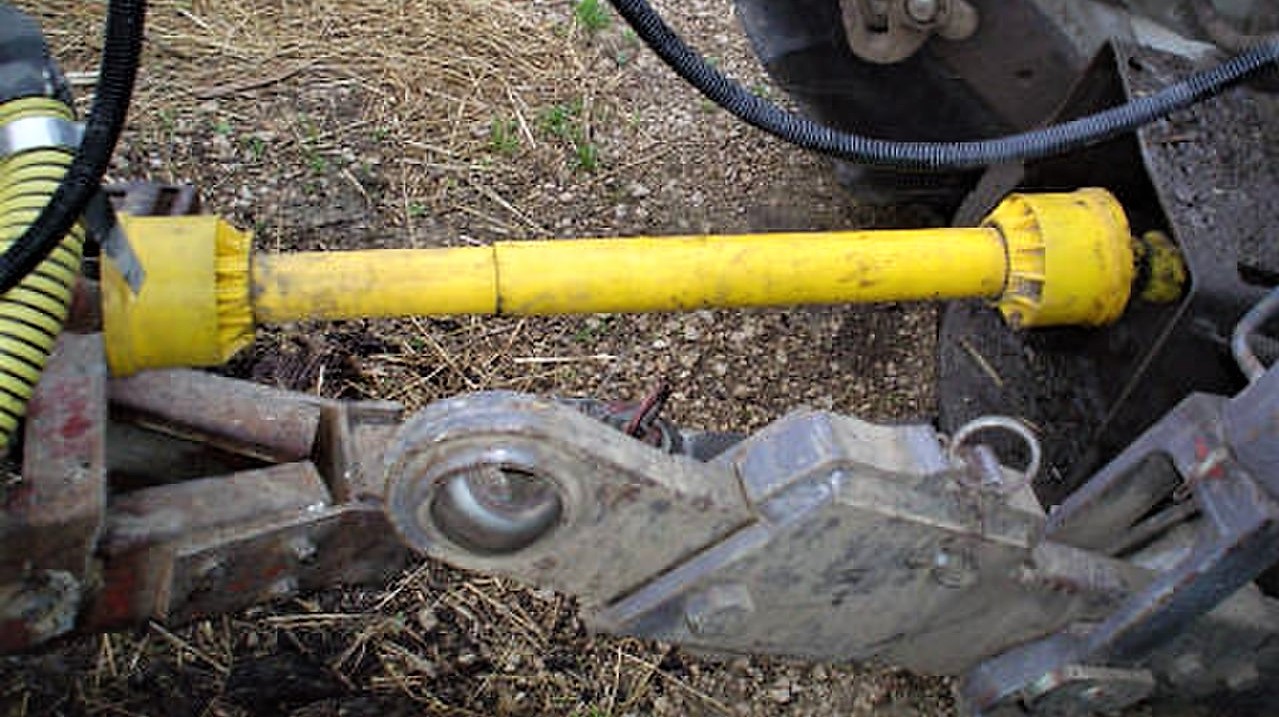 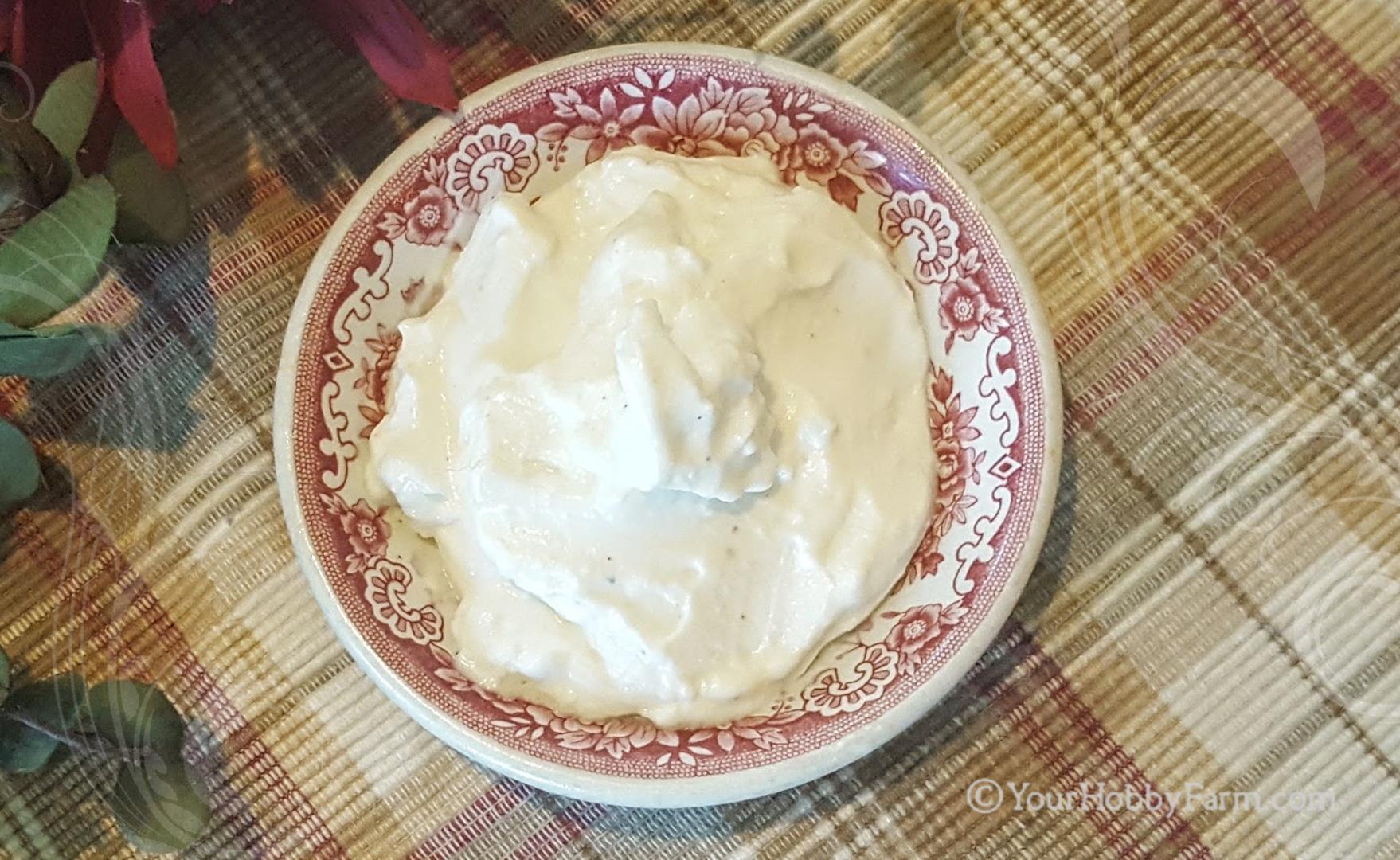 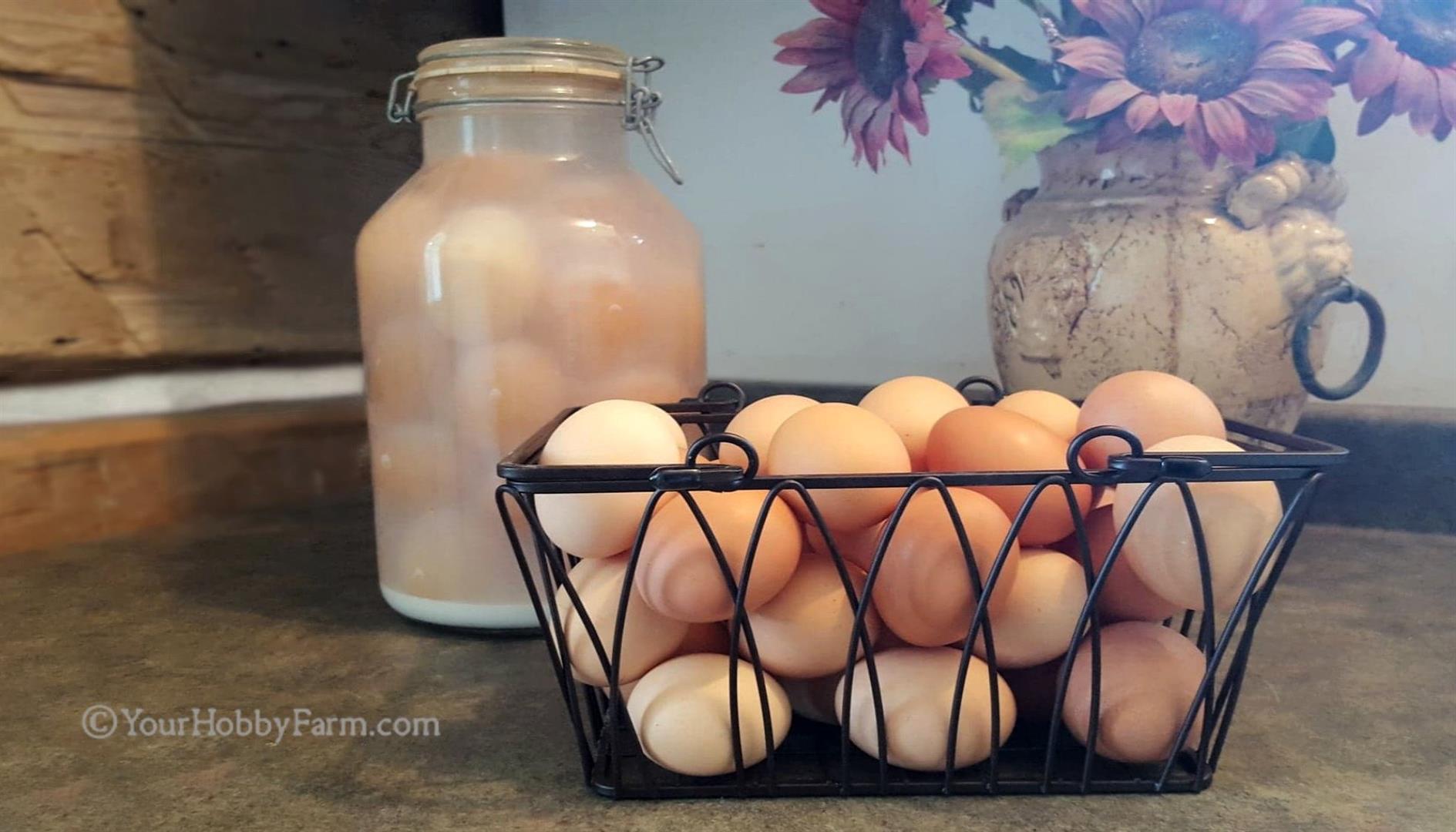 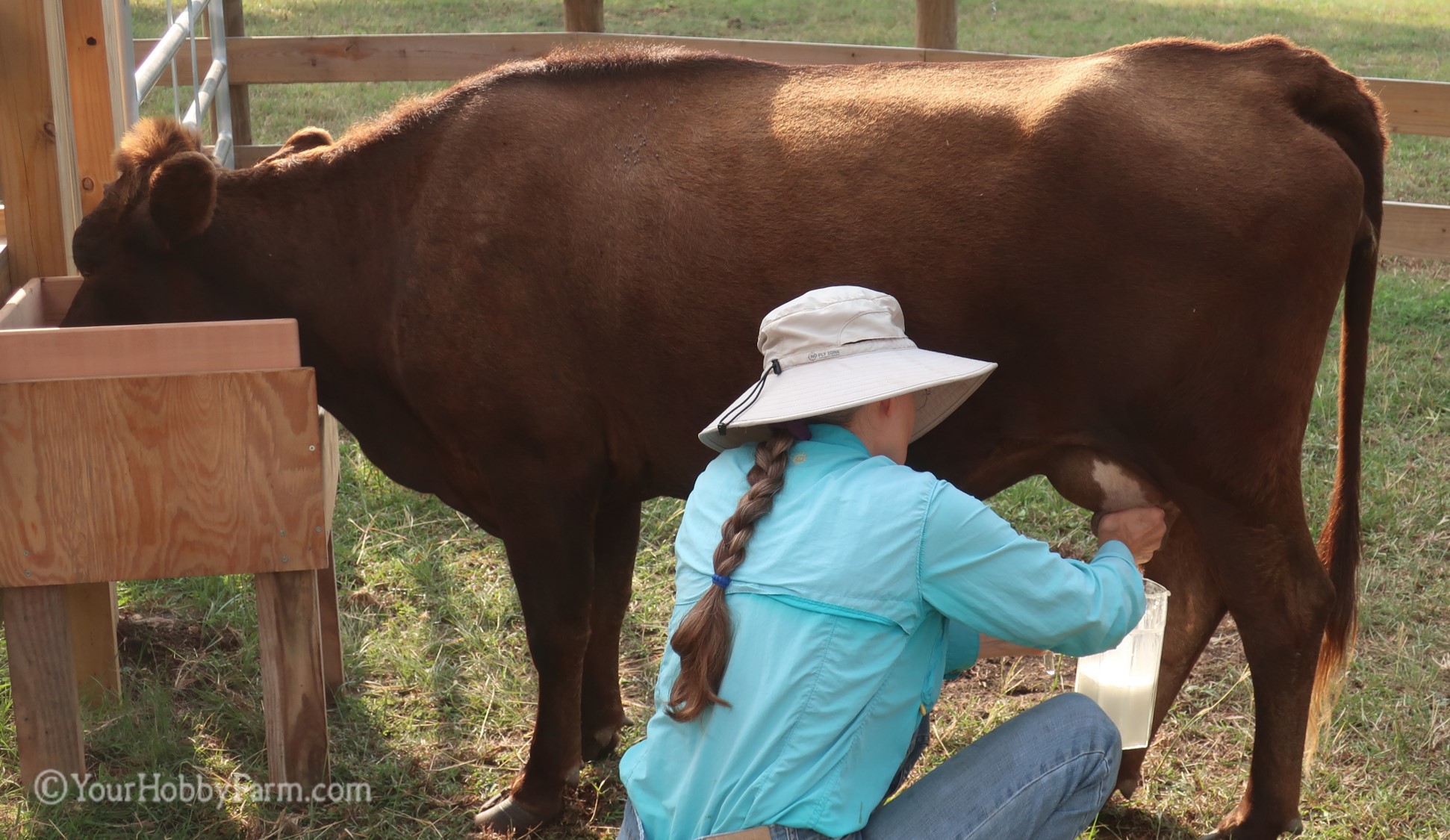 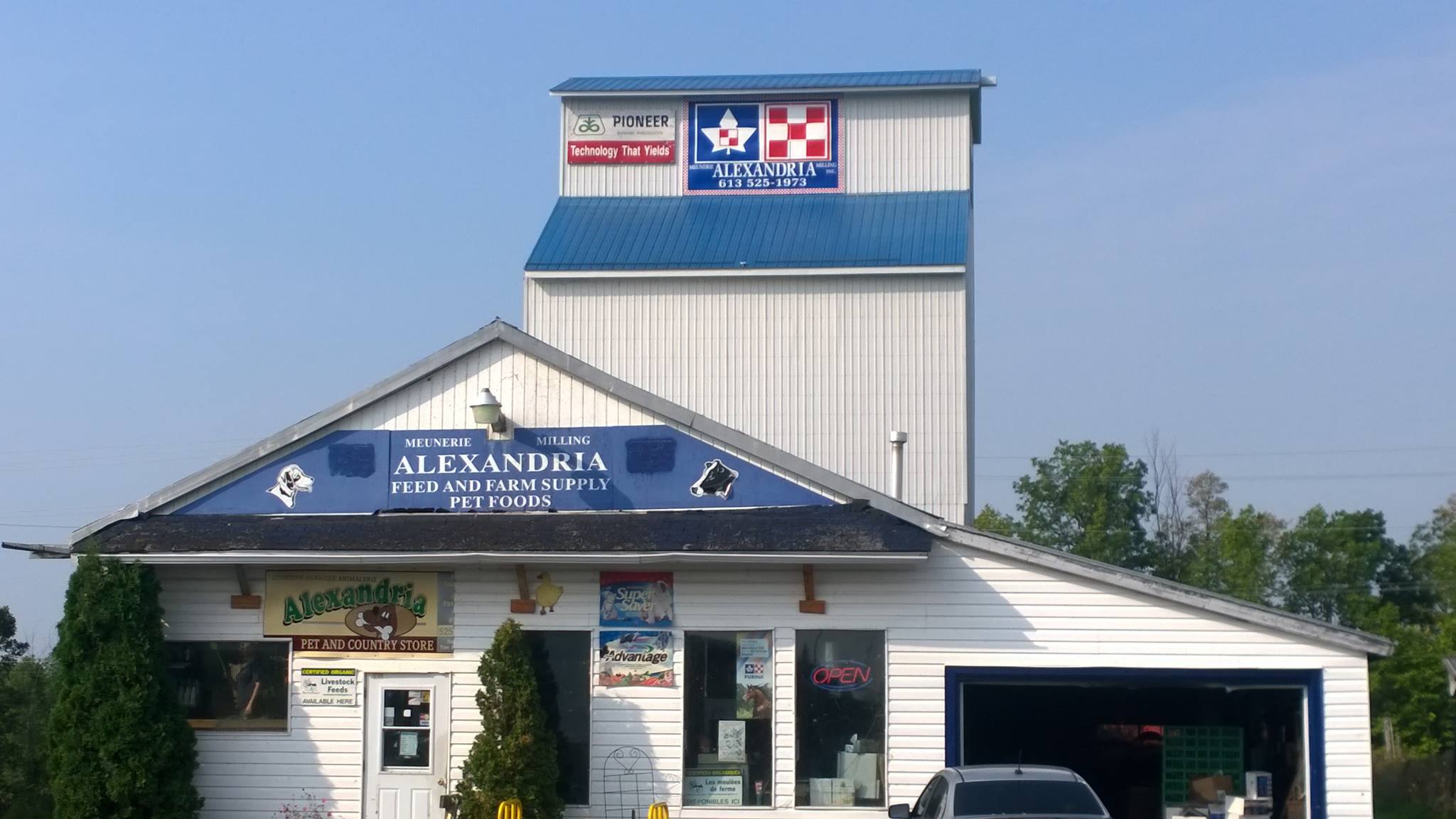